With the spin doctors digging into their bunkers for the upcoming election it hasn’t taken long for the QT’s favourite cartoonist to try to spread the right wing propaganda in regards to our Superannuation.
The piece of buffoonery indicates the industry based funds are being syphoned off by the unionists, a fact that is totally false. The directors appointments have complied with every legislation and was a scrutinised by this government via Royal Commission.
Secondly industry funds have outperformed the institutional big business ones by a country mile, so if the little people investors get their investment improved instead of the big end of town taking their fees is a criminal offence , a position this government has continually adopted.
I appreciate due to ownership media outlets are obliged to reflect the owners political leanings and the Murdock Press is ruthless when its power of opinion is challenged and the fact that Shorten has told Ruhpert he won’t attend his court we should expect more biased spin as the election draws closer.
Our local QT of late has delivered as balanced reporting as any paper I read including mastheads like BBC, DW, ABC, to name just a few and appreciate imported content content not reflect on our local journalists, sadly it’s just how media works these days. 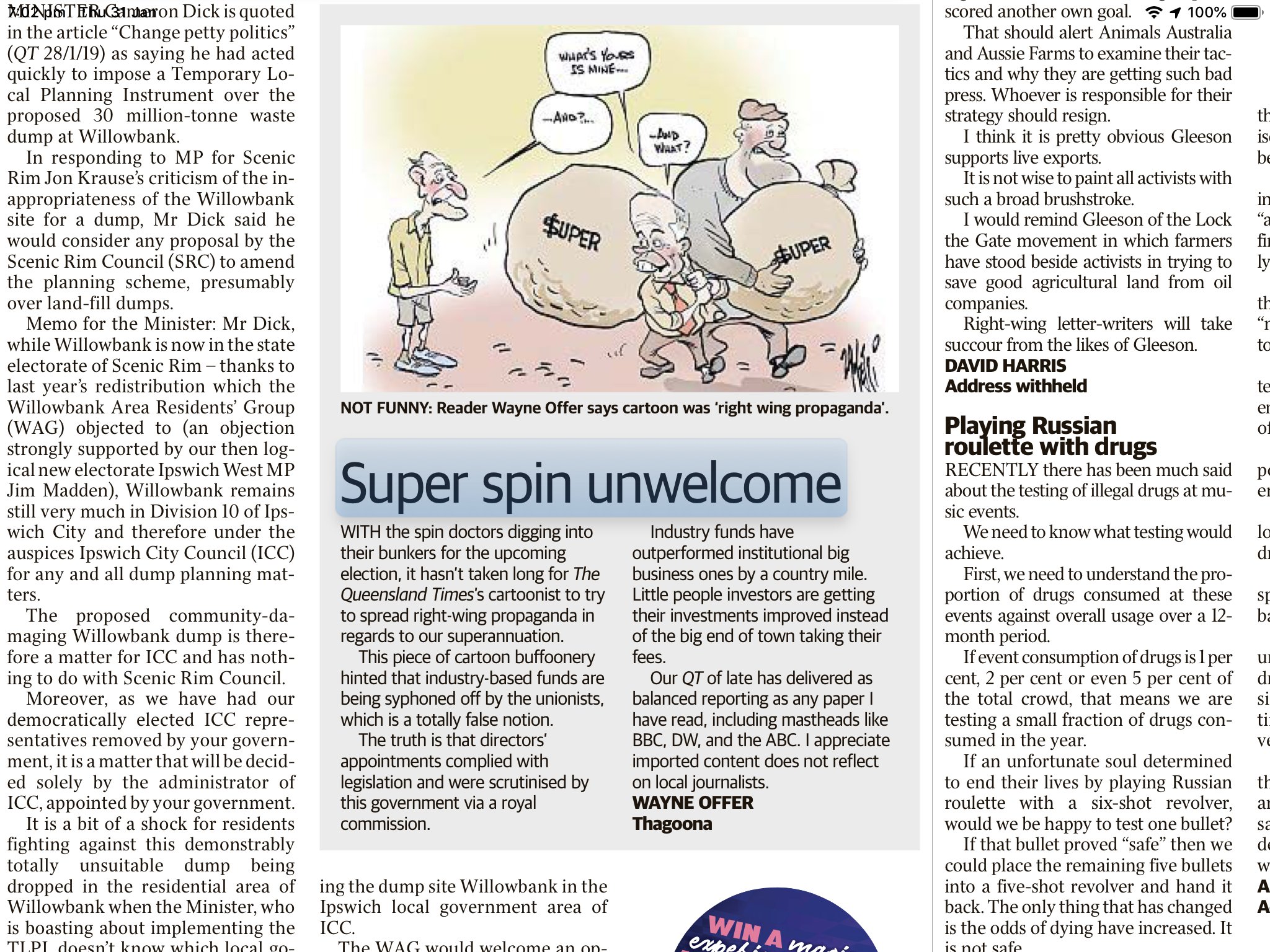