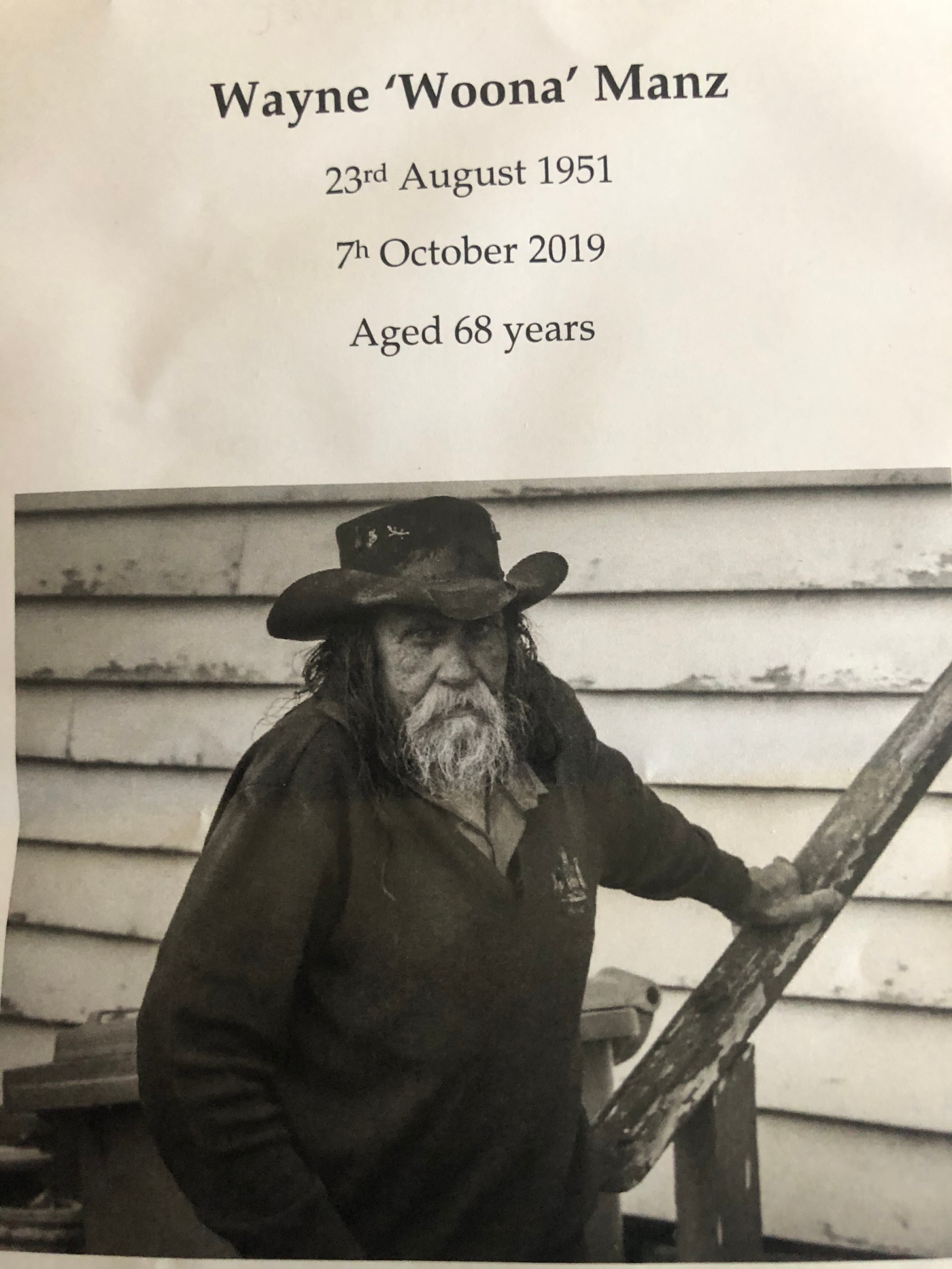 Often when someone passes on only the good memories survive and misdeeds often go unspoken..

Not so at Wayne Phillip Mainz’s AKA “Woona’s Case. He got the lot and it was taken in the true spirt of the man,the family, and the society that make up the Grandchester population.

Personally I met WOONA no more than 5 times one on one, often in working on election campaigns where he allowed us prime position for our corflutes. Socially it was at a birthday at Woodrows we had a extensive chat where he enlightened me on the world in his eyes.

A man of few words but those words hit the mark.

For years I passed the house and tooted and got the acknowledgment while leaning on the Ute.

I am a minnow in his life but he made a impression on me for my life.

His funeral the played Slim Dusty and it should have been Woona in that song instead of Duncan, I reckon, but I’m bias.

That rolly fag, a hot beer, and the Ute and chooks on the road will always be on that corner as long as I live.