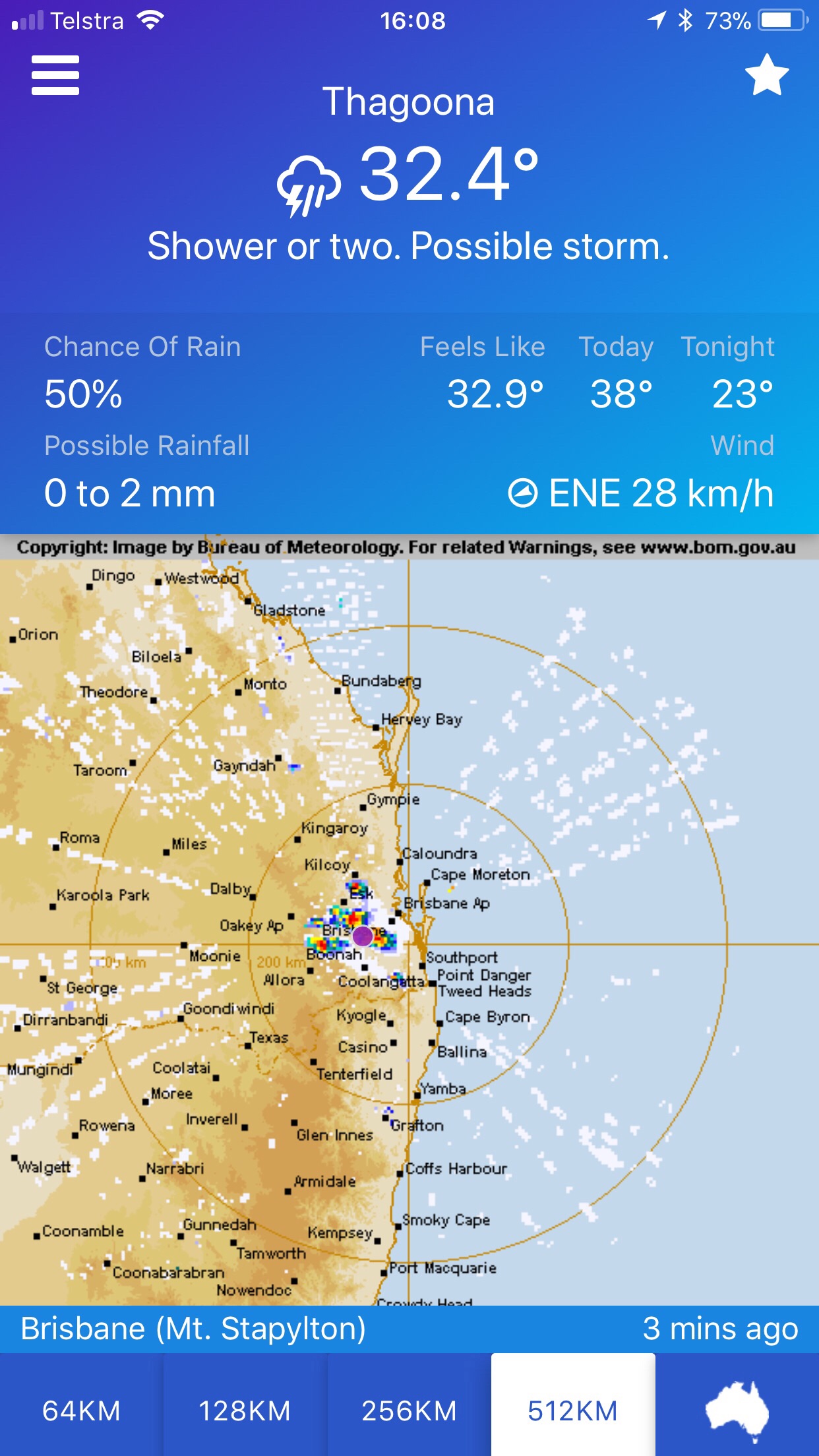 I try to look at the facts, then look for reasons why when things are outside what I regard as normal occurrences.

Yesterday 15/02/2018 a series of storms appeared on the BOM radar around Warwick, Toowoomba and slowly progressed towards the IPSWICH. While that was progressing individual cells appeared in the Harrisville area all heading towards Rosewood Thagoona as the warnings were issued by relevant authorities.

As I watched intently on my device I witnessed entire fronts disappear the closer they got to Amberley Base, then reappear somewhere else. ( please check BOM history if in doubt if it’s available).

My question is “is Amberley Base using a device or system that deflects incoming weather for operational purposes?”

I’m sure many residents who have lived in the area for some are seeing this occurrence more frequently and questions need to be asked.

I don’t expect the military to confirm or deny as protocol, nor do I expect any politician to respond, and I expect to regarded as a conspiracy peddler but when a occurrence continually occurs someone has to ask.

We all knew when we moved here Amberley is what it is, and we are privileged to have it to boost our economy and bringing families and mates to our towns, but I’m not sure I know enough about side effects as we didn’t in the fire retardant cover up but I do know my bit of dirt around Thagoona is in some sort of shadow and maybe the pioneers that placed the base where it is knew that but when you see dramatic inconsistencies we must question.

Check our the times on the screen shots.. 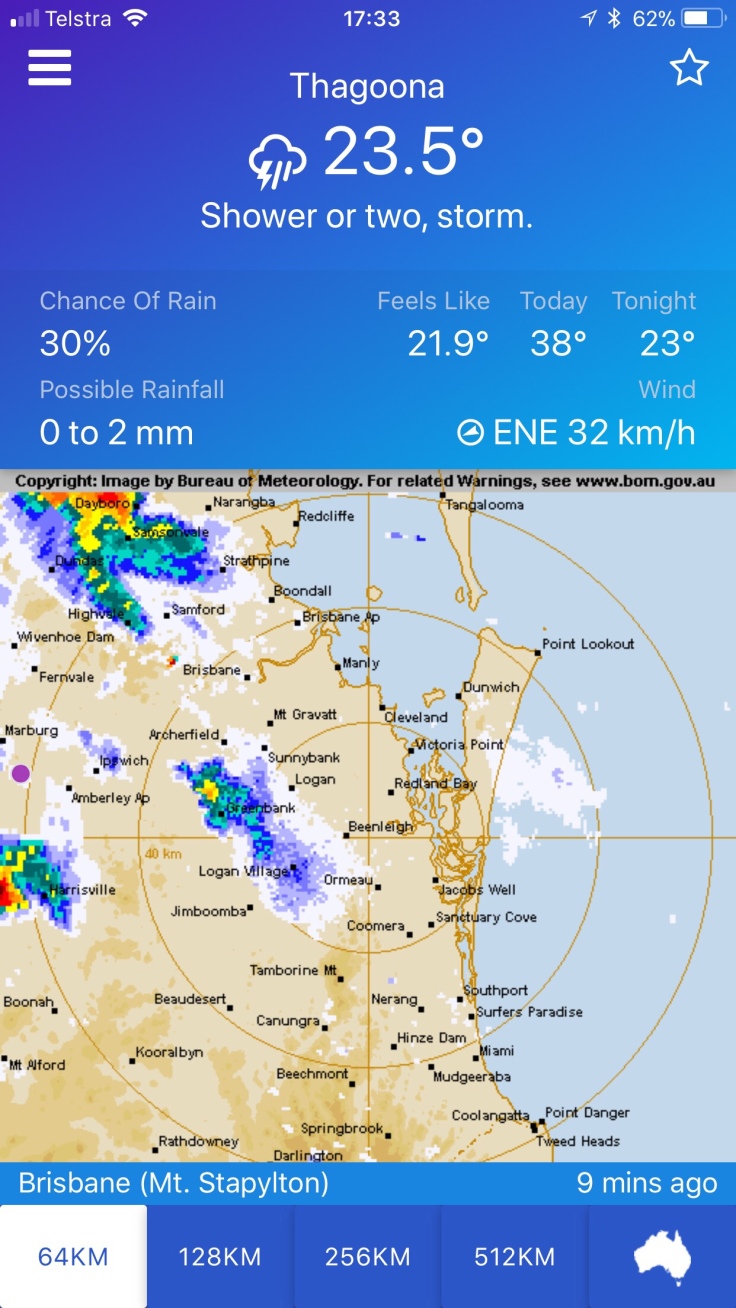 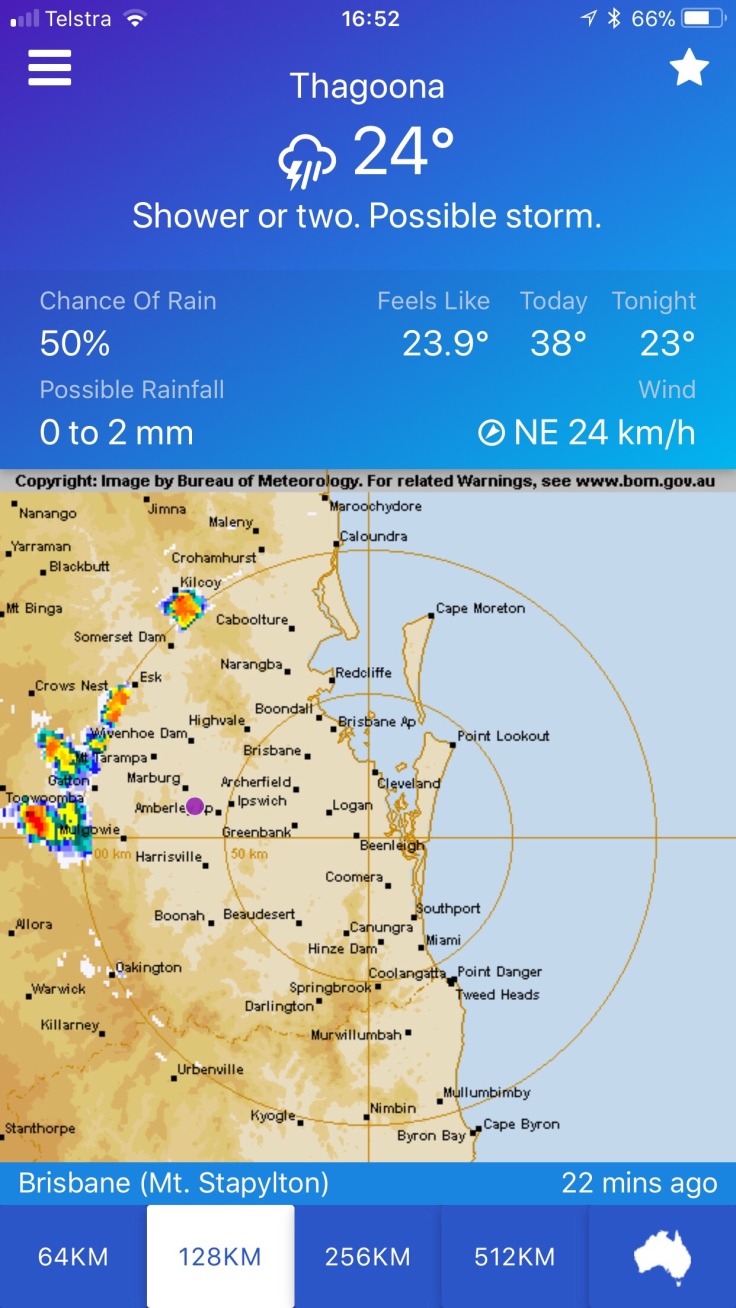 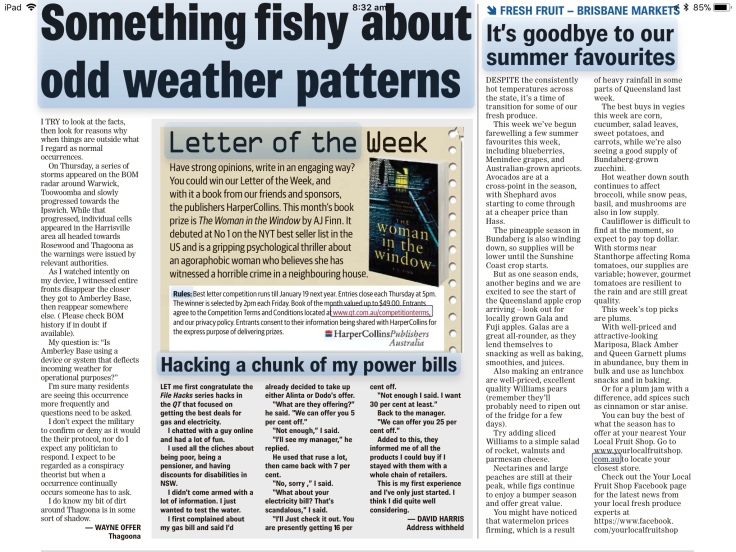