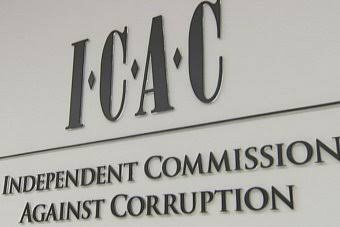 Ho hum, nothing is new when the the conservatives see the trade union movement a enemy. Nothing new when they establish a royal commission into them and come away with egg on their faces at the cost of millions for taxpayers. Illegal raids on union premises and ministers who hide from senate scrutiny.

Yes they are the proverbial punching bag for every LNP politician since dot we have to ask why.?

As time goes on we take for granted pensions, holiday, sick leave, superannuation, maternity leave right down to your lunch room all of which was fought for by unionists, not given but fought for.

I won’t go into on Job safety,wage parity,or things this like asbestos victim support, compensation, as each and every one of the mentioned above was opposed by the good employers who believe we should be thankful as was the serfs.

The standards of the present government has been set when our new PM was dragged kicking and screaming into the current Bank Enquirey looking after his mates and imagine if any union had committed offences against its membership as the banks have to their customers how the conservatives would respond.

Personally I can’t wait to see a full federal ICAC/ CCC set up in Australia to investigate all sides and again we have to ask why this government runs scared whenever it’s mentioned.. Yes PM again you can run but you can’t hide, it will come. 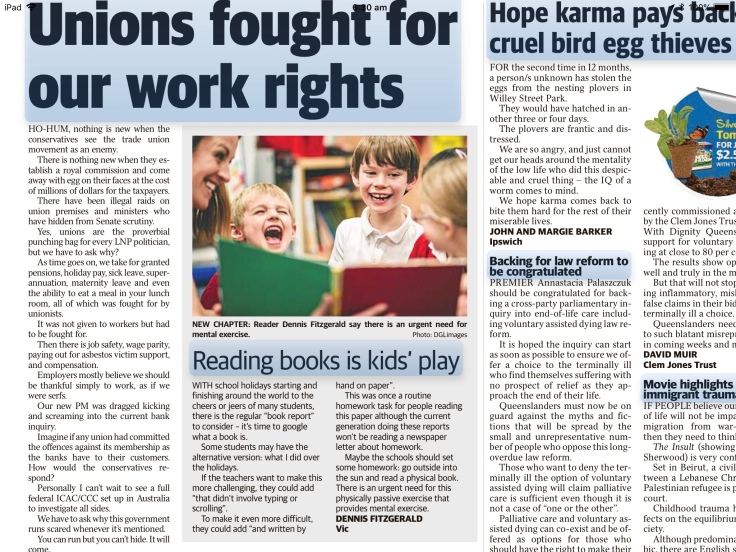